CBD as an anti-inflammation ？ 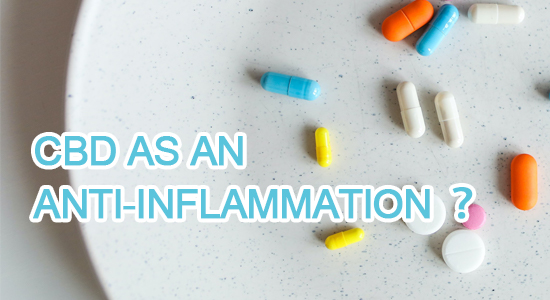 Inflammation occurs as a natural protective response when the body is harmed.There are two types of inflammation: acute and chronic.

Chronic inflammation refers to a prolonged inflammatory response in thebody. When inflammation lingers, it can detrimentally impact tissues and organsdue to the increased production of free radicals, which results in oxidativestress, an imbalance between antioxidants and free radicals.

Inflammation and oxidative stress are involved in many diseases. Chronicinflammation may be caused by autoimmune disorders, untreated infections, orillnesses, and often plays a role in conditions such as asthma, cancer, anddiabetes. Factors such as smoking, obesity, or stress may also contribute tochronic inflammation.

COULD CANNABIS CALM A CYTOKINE STORM? WHAT ARECYTOKINES?

Secreted by immune cells, cytokines are a group of proteins that regulateinflammatory responses to disease and infection. There are bothpro-inflammatory and anti-inflammatory cytokines.

The interaction between cytokines, immune cells, and the endogenouscannabinoid system plays an important role in neuroinflammation andneurodegeneration.